A grand building of the Academy of Arts in St. Petersburg is an outstanding masterpiece of Classicism, created between 1764 and 1788. It has attracted the attention of publishers since the very beginning of the 20th century. The Prints Department possesses an early postcard with the view of the Academy, published by Scherer, Nabholz & Co in Moscow. The card was sent from Tsarskoye Selo (an Imperial residence near St. Petersburg) to the Continental Paris hotel. The postcard text dates 1901. This is a part of correspondence of Grand Duke Andrei Vladimirovich of Russia (1879 - 1956) with his mother, Grand Duchess Maria Pavlovna. The postcard shows the building as it appeared before 1900: the dome of the Academy is still decorated with a figure of Minerva. Such view is uncommon, because the sculptural group was destroyed by fire in 1900. The photographic image, printed on this postcard, was obviously taken no later than 1900. 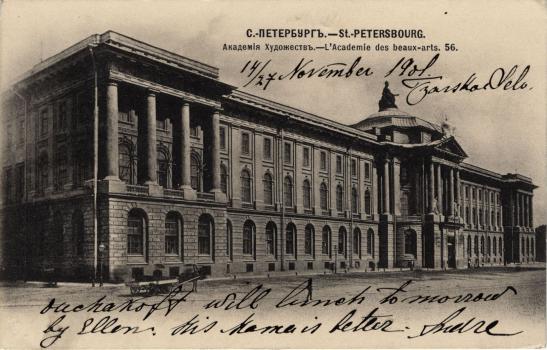 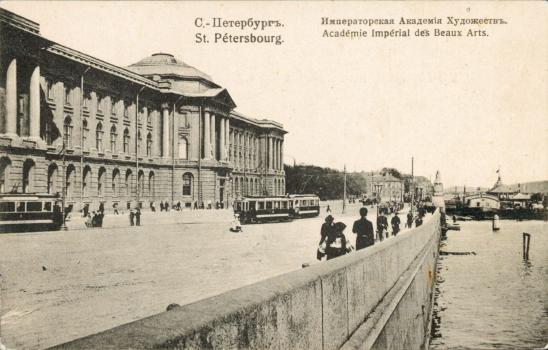 The photograph of the same period was also reproduced on the postcard by the Richard Publishing House in St Petersburg. The postcard was first produced no later than 1904 and was subsequently reprinted.

The publisher, known by the acronym A. M.K., used a photograph showing trams on the backround of the Academy. This picture was taken after 1907 when the city's first electric tram began operation.

But the first and largest campany in Russia to produce picture postcards was the St. Eugenia Community. In 1905, it printed a series of reproductions of artworks from the collection of the Museum of the Academy, shown at Historical and Artistic Exhibition of Russian Portraits at the Tauride Palace in St Petersburg.

The St. Eugenia Community continued to publish art postcards featuring pieces, housed at the Museum of the Academy, until 1915.

Postcards with images by A. Pavlovich, who worked as photographer for the St. Eugenia Community for many years, first appeared in 1911. They showed interiors of the Academy and, in particular, the academic Library. The reading rooms of the Academy of Arts can be seen in the postcards by other publishers. One of them keeps the memory of the Society for Library Science that was established within these walls in 1908. 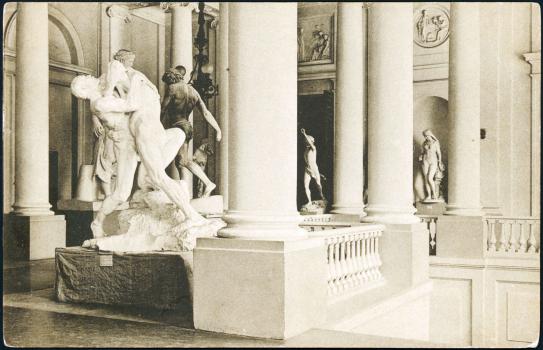 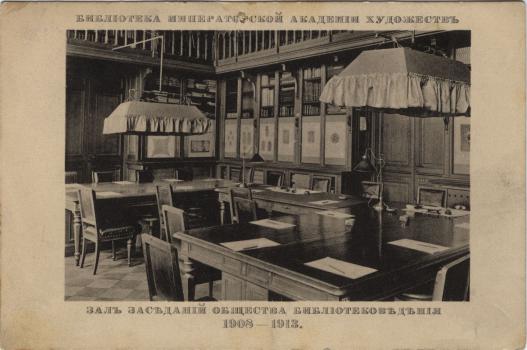 Postcards, dedicated to the Academy, were published in Petrograd (as Petersburg was called from 1914 to 1924) even during the First World War. In the difficult conditions of the war years, postcards were made of low-quality cardboard and look fuzzy, indistinct. After the 1917 revolution, postcard production fell into declay. 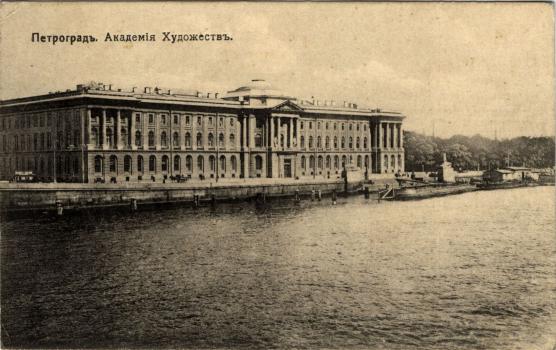 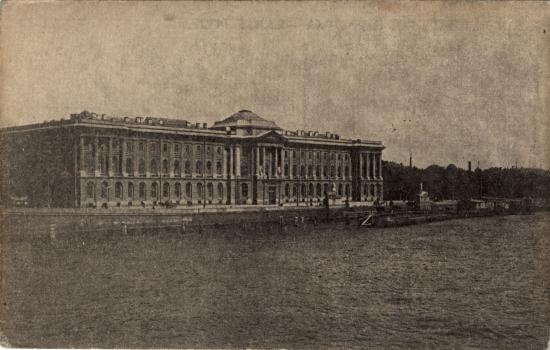 Howerver, it was naturally impossible to only reproduce historic photographs under modern titles. In the late 1920s - early 1930s, the State Publishing House (GIZ) issued a postcard similar in composition to the previous version - a view of the Academy from the opposite bank of the Neva. GIZ also produced postcards, with other views of Academy, in different colour tints and reprinted them several times. 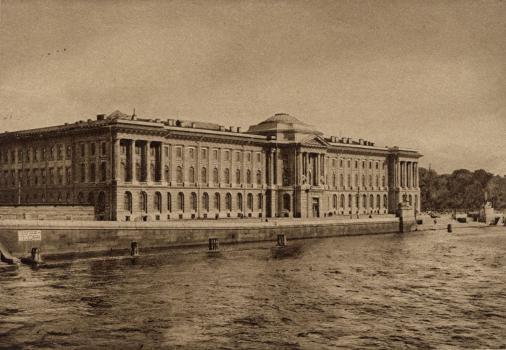 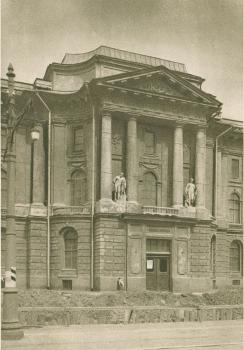 The postcard, featuring the main entrance to the Academy, contains an funny misprint: it was mistakenly titled Anichkov Bridge by the State Publishing House of Fine Arts (IZOGIZ).

In the pictures by Vladimir Presnyakov (1885-1937), the Academy serves rather as a background. Both the photographer and the viewer are much more interested in watching the townspeople, gathered on the quay steps. The granite quay is decorated with two ancient sphinxes that were brought from Egypt to Russia. This postcard was very popular: it was printed at least five times in a run of 10,000 copies and once in a run of 15,000 copies (the name of the photographer is indicated in only one of six editions). 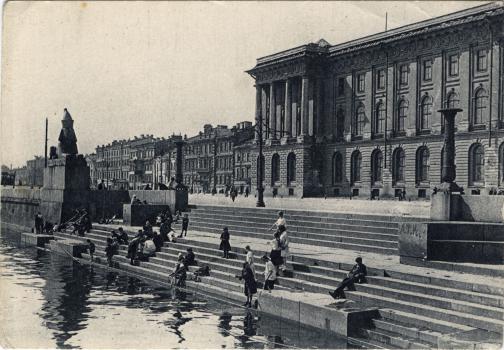 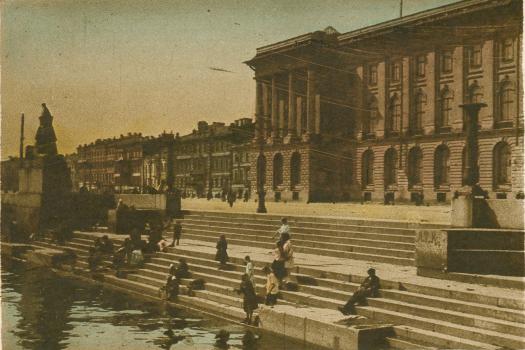 Early photo postcards depict the Academy from many sides. They introduce the architecture of its facade and interiors and artworks from the Academy Museum. Postcards of the Soviet period are also notable for their historical content. They tell us about the time of transformations and renamings of the Academy. On the reverse side of different editions of the same postcard you can read, "the former Academy of Arts, now VKHUTEIN", and "Academy of Arts of the USSR", and "Institute of Proletarian Art".