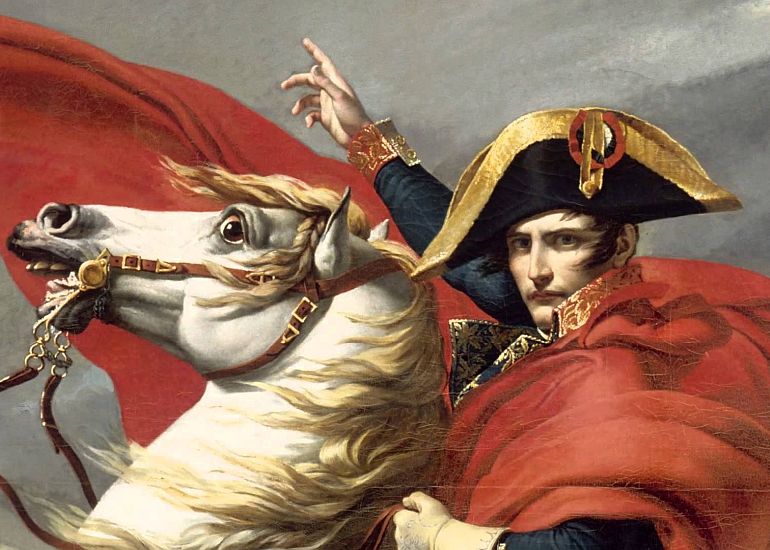 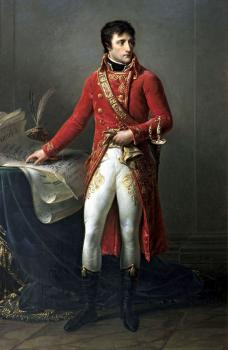 After the Coup of 18 Brumaire that occurred on 9 November 1799, Bonaparte took power in France as First Consul. Actually, Napoleon's power was absolute, though nominally limited. When Napoleon came to power, he managed to solve the most difficult problems in the country. First, he set up reforms for administrative and legal systems. At the same time, the First Consul was getting ready for a new campaign in Italy which had been recaptured by the enemy forces of the Second Coalition while Bonaparte was engaged in the Egyptian campaign (1798–1799). At the beginning of May 1800, Bonaparte left Paris for the army. On the day of the battle of Montebello (June 9) and a few days before the decisive battle of Marengo (June 14), the First Consul sends a letter to Milan to the State Councilor Claude Louis Petiet. He informes him of the urgent need to find 100 horses to transport the artillery guns found in Pavia. Napoleon recommends to make an agreement on this issue with the municipality, avoiding violent actions. "Since the need for horses is extremely urgent, I see no obstacles to making payments for the seized", he writes in conclusion. 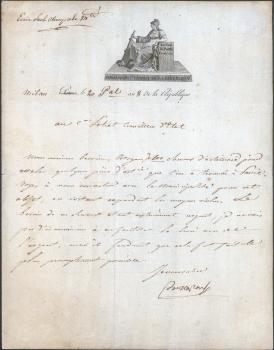 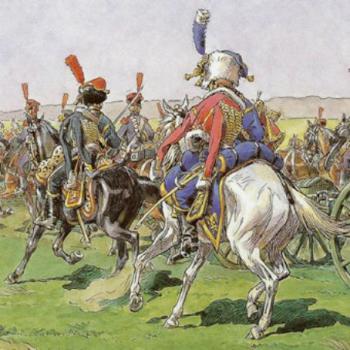 Highly appreciating artillery, Bonaparte used it extensively and effectively in battles. In May 1797, he formed a special unit of the guard horse artillery, which proved excellent during the Italian campaign. The new troops were very mobile and fast-firing artillery which provided fire support to the fast-moving French cavalry.  The horse artillery played an important role in the Battle of Marengo, in which the Austrian troops suffered a crushing defeat. Italy was again in the hands of Bonaparte.

Reconstruction of the Army

From the very beginning of his military career, Bonaparte paid the most careful attention to the army, reconstructing and reorganizing it. The support of the army allowed him to become the first consul, and then the emperor. Loyalty of soldiers was ensured in many respects by the command staff, both higher and lower. 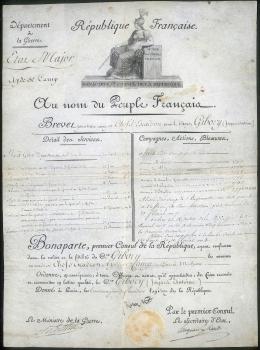 The Manuscripts Department possesses 3 letter patents, issued in 1803, granting to officers the ranks of Sous-lieutenant, Lieutenant and Squadron Commander. All patents have the same form – a parchment blank with the stamp of the military department of the French Republic. Each bears the signature of the First Consul, certified by the Minister of War Louis Alexandre Berthier and the State Secretary Hugues-Bernard Maret. The documents contain basic biographical data and service records of the patentees.

Demanding courage and loyalty, grit, a knack for navigating the battlefield and decision-making skills from his subordinates, Bonaparte carefully considered each candidate submitted for approval. So the background to the appointment of J.-A. Gibori as a squadron commander (the first of the ranks of the highest command staff) was his participation in six military campaigns, personal fearlessness and serious wounds received in battles.