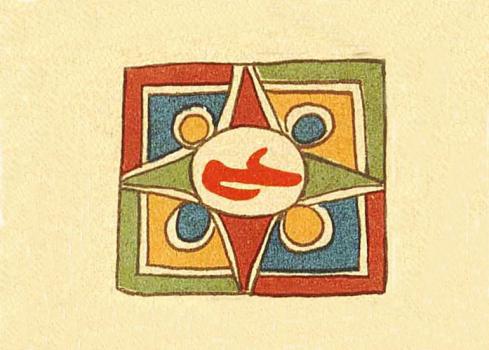 Study of the Manuscript

Withdrawal from the Library

For two centuries, the library not only constantly expanded its holdings, but also lost entire collections (Zaluski Library) or complexes of landmark books and manuscripts, as well as individual manuscripts. Materials began to be withdrawn from library collections especially intensively after the change of the state system in 1917, and this started with the transfer of the Uthman Quran to "working Muslims."

For nearly half a century, the Quran (Mushaf) was kept in St. Petersburg. During this time, it was described in detail and comprehensively studied. Samples of its decoration and writing were published, separate leaves and a complete facsimile were published. The study of the history of this unique landmark continued and later, new data were introduced, and old ones were obtained from multiple sources.

The history of this unique landmark of world literature is steeped in legends and stretches back centuries. For a long time it was believed, and many continue to believe so far, that the Samarkand Quran was copied by the eminent companion of the prophet Muhammad, the Caliph Uthman (‘Osman; rights. 644–656) and, moreover, that the Caliph was murdered while he was reading this book and it is stained with his blood. The legend gave the title of the "Uthman Quran" to the book.

There are several legends about how the Quran got to Samarkand. Some say that it was brought to Samarkand from Asia Minor ("Rum") by disciples of the famous preacher Khwaja Ahrar. One of them received the Quran from the "Caliph of Rum"; as a reward for healing from illness. In another version of the story, the sacred relic was sent to Khwaja Ahrar by the Ottoman sultan Bayezid I (1347–1403), who saw him in a dream. It is enough to compare the dates of their lives to understand that this could not have happened. And finally, the Quran belonged to Emir Timur (1370 – 1405), who brought it back from his campaigns of conquest, and was part of his library until it was lost by his descendants. 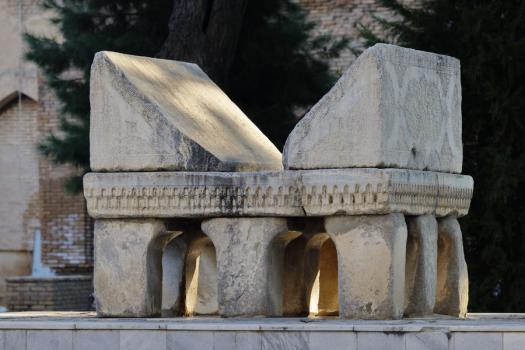 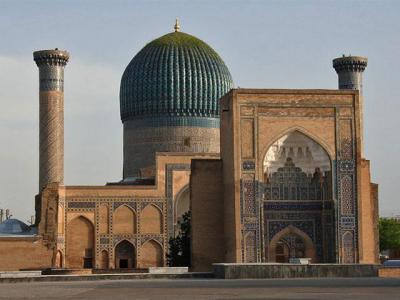 And one more legend about Timur's wife, "a Chinese" princess by bith (we are talking about Saray Mulk Khanum, descended from Genghis Khan), may also be associated with the Samarkand manuscript. The legend tells that she read a large Quran, placed on a huge stone table-lectern, from the window of the Bibi-Khanym Madrasa built by her (or for her). This legend is given by the Russian diplomat-orientalist Nikolay Khanykov in his Description of the Bukhara Khanate. This legend was reported by the Russian Orientalist diplomat Nikolai Khanykov in his Description of the Bukhara Khanate.

It is possible that Philip Efremov (1750 – after 1811), a Russian officer who was captured in 1774 and spent several years in the Bukhara Khanate, could see this Quran. In 1782, he returned from there through India and England to Russia. A section on Samarkand from the third, significantly expanded edition of Efremov's notes, published in Kazan in 1811 under the editorship of the historian Pyotr Kondyrev, contains a passage, obviously dedicated to the religious complex of Khwaja Ahrar, "At a distance of half a verst from the city there are two empty stone madrasas made of multi-colored marble… They are in two storeys and have neither windows nor doors on the street side, but from the courtyard, each cell has a door, above which there is a window… In one of them, on an elevated place, there is a large book left from the old days, covered with black leather and gold, two arshins long, one arshin wide, five inches thick; written in capital letters, but no matter how much Mr. Efremov asked in what language, no one answered him". Perhaps the book was enclosed in a gold-embossed leather binding, but the given sizes, corresponding to the dimensions of 142x71x22 cm, are somewhat exaggerated, because it is reliably known that the height of the Samarkand manuscript (vertical dimension) is 53 cm, and the width (length according to Efremov's terminology) is 68 cm. However, when opened, the width doubles and can be about 140 cm. On the other hand, Efremov, even if he specifically measured the folio, which is very doubtful, could have forgotten its sizes for many years. In any case, it is likely that Efremov mentioned this particular manuscript, and his memoirs appear to be the first written evidence of the Samarkand Quran in Russian sources.